Obesity Among the Middle Aged

Home/Community, Education, Health/Obesity Among the Middle Aged
Previous Next

Obesity Among the Middle Aged

On April 30, 2014 Health Daily News published a study stating middle-aged persons who do poorly on simple tests of physical ability may be at increased risk of early death.

Another study found that light-intensity physical activity daily has the possibility to reduce the chance of disability in adults with or at risk of developing – knee arthritis.

Both studies were published online April 29 in the journal bmj.com.

In the first study, researchers reviewed data from more than 5,000 adults in Britain who at age 53 underwent tests of their grip strength, how quickly they could stand from sitting in a chair and their balance while standing.

The participants were followed up to age 66. During that time, 88 died from cancer, 47 from heart disease and 42 from other causes. Those who did worse on the tests of physical ability at age 53 had a higher risk of dying over the following 13 years, according to a journal news release.

The researchers also found that people who could not complete any of the physical ability tests at age 53 were 12 times more likely to die during the follow-up period than those who completed all three tests.

“Our findings provide encouragement for adults who may not be candidates to increase physical activity intensity due to health limitations. Greater daily physical activity time may reduce the risk of disability, even if the intensity of that additional activity is not increased,” the researchers concluded. 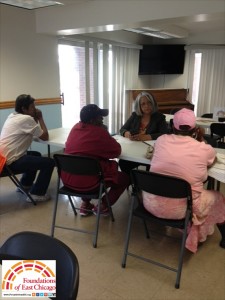