Foundations of East Chicago, FEC, board member Joe Verduzco has been involved with the organization since its inception in 1997, when he was sought out by then-director Russ Taylor for his special skills and knowledge of the community.

Joe grew up as a resident of East Chicago and still lives in the city today. He attended Washington High School and then the School of Radiology, at that time offered at St. Catherine’s Hospital.

Joe spent almost 30 years working in a technical capacity for the radiology department at the hospital. It was then that his career path changed. He was given the job of Director of Community Affairs for St. Catherine’s. During his four years in this role, Joe made relationships with over 20 East Chicago organizations; relationships that would serve him well as a member of FEC.

“It was the best experience I’ve ever had,” said Joe, who loves the community of East Chicago and the organizations that serve its people.

Joe was appointed to the Board of Directors in 2014, after years of hard work and dedication to FEC.

“It’s an honor for me to have been asked to work with the board.” 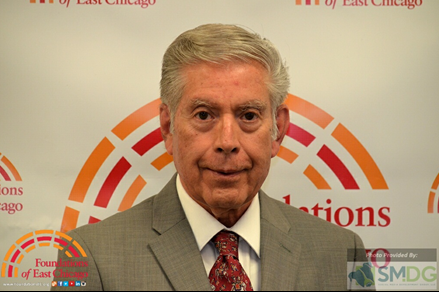