NWI Residents go ‘Through the Looking Glass’ for Charity

Home/Community, Events, Other Nonprofits/NWI Residents go ‘Through the Looking Glass’ for Charity
Previous Next

NWI Residents go ‘Through the Looking Glass’ for Charity

On the evening of Wednesday, September 21, over 720 Northwest Indiana residents found themselves falling down a rabbit hole with the Guild of the St. Joseph’s Home at Villa Cesare in Schererville.

They landed in a world of fantastic color and whimsy. There were talking cats, worried rabbits and a particularly mad hatter. All were gathered for a tea party of sorts.

It turns out that the evening’s event was this year’s annual fundraiser organized by the Guild to benefit the Carmelite Home of East Chicago. The home cares for local children in crisis and has done so for nearly 100 years.

The theme of this year’s event was “Through the Looking Glass”. Doors opened at 4:30 p.m. and attendees had the opportunity to shop for gifts, accessories, décor and more at White Rabbit Boutiques, which consisted of over 20 local vendors. There were also opportunities to purchase raffle tickets, bid on silent auction items and partake in Mad Hatter Cocktails before dinner.

Sister Carmelita Torreno of the Carmelite Home was particularly enthusiastic about the sale of raffle tickets. All the proceeds from the evening go straight towards helping the children at the home, for whom she cares.

“Every year I have a good time,” said Torreno with a handful of tickets and large green hat atop her head. “I’m a go-getter for the raffle tickets!”

The evening progressed with the Red Queen’s Supper, the main raffle and the iconic fashion show, which showcases clothing from local retailers like Fashions by Alexis of Highland.

“I really like the fashion show,” said Nancy Settle, a resident of Valparaiso who attended the gala through her employer, Bosak Motors. “The clothing is local and the models walk throughout the audience.”

However, there are those who argue that the décor is the best part of the evening.

“Everyone has been taking photos,” said vice president of the Guild Sara Augustine, who played Alice for the evening. “It’s a huge compliment when you see people taking pictures of the décor.”

The accoutrements for the event were truly a sight to be seen. There were life-sized cutouts of characters from the story, a tea party set-up featuring authentic antique pieces and details like ‘Drink Me’ tags on each table’s bottle of wine that brought the theme to life. One of the visionaries who spent over seven months crafting the decorations for this night was Guild member Robyn Lowry.

“I was the Mad Hatter. Ideas were just twirling in my mind,” she joked.

As soon as the fairytale ended, the Guild began thinking about next year’s theme and how to make the fundraiser even better.

The gala is the only fundraiser that the Guild puts on for the Carmelite Home, however, it always proves to generate more than enough to reach the goal.

“We usually get enough from admission, raffle tickets, auction items and purchases to cut the Sisters a large check,” said Augustine. “The rest is used to fund several parties and outings for the kids and to buy them Christmas and birthday gifts for the children.”

In addition to funding from the Guild, the Carmelite Home receives donations, sponsorships and grants from numerous local organizations throughout the year, including BP Foundation, Franciscan Alliance and Foundations of East Chicago.

To learn more about the Carmelite Home or to make a donation, visit www.CarmeliteHome.org. 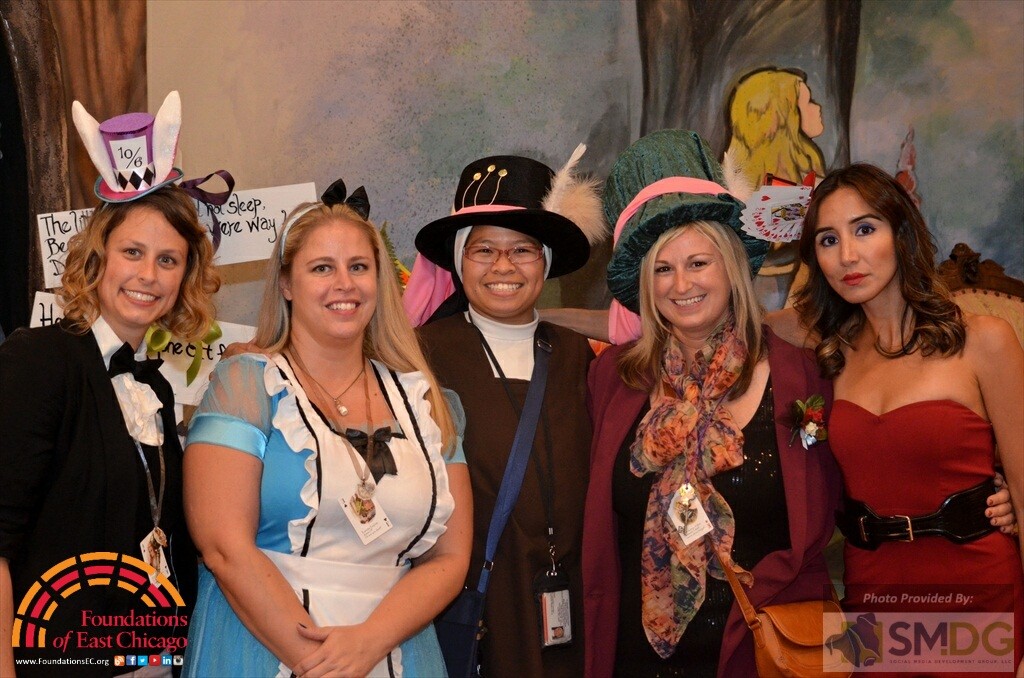