On the evening of April 18, 21 elementary students dressed in black and red ran back and forth from a Washington Elementary School classroom to the auditorium stage. Parents, grandparents and siblings constituted the small, yet proud audience. Everyone was there for one thing: the El Sistema Orchestra Parents’ Night performance.

El Sistema Orchestra is a free musical program offered by the East Chicago Arts Initiative (ECAI) to the students of Washington, Lincoln and McKinley elementary schools in East Chicago. Students practice their instruments four days a week throughout the entire school year to perform for their families on nights like this.

Some of the instruments, like the bass, were larger than the musicians playing them. But that didn’t deter the performers. The confidently executed two different operatic instrumentals, both of which were met by rounds of applause and a few gasps of astonishment.

The event concluded with a traditional orchestra pinning ceremony. Sixteen students received their first-year pins, three students received their second-year pins and two students were honored for having participated in El Sistema Orchestra for three years, as long as the program has been in existence. As they received their pins, the students were asked to state their favorite thing about orchestra. The answers varied, but one student cited that she loves that she and her fellow musicians have become “like a family” and get to “work together as a team”. Fostering this sense of community within East Chicago is just one of the many benefits the youth experience in El Sistema.

To learn more about the impact that El Sistema is making in East Chicago, visit www.FoundationsEC.org. 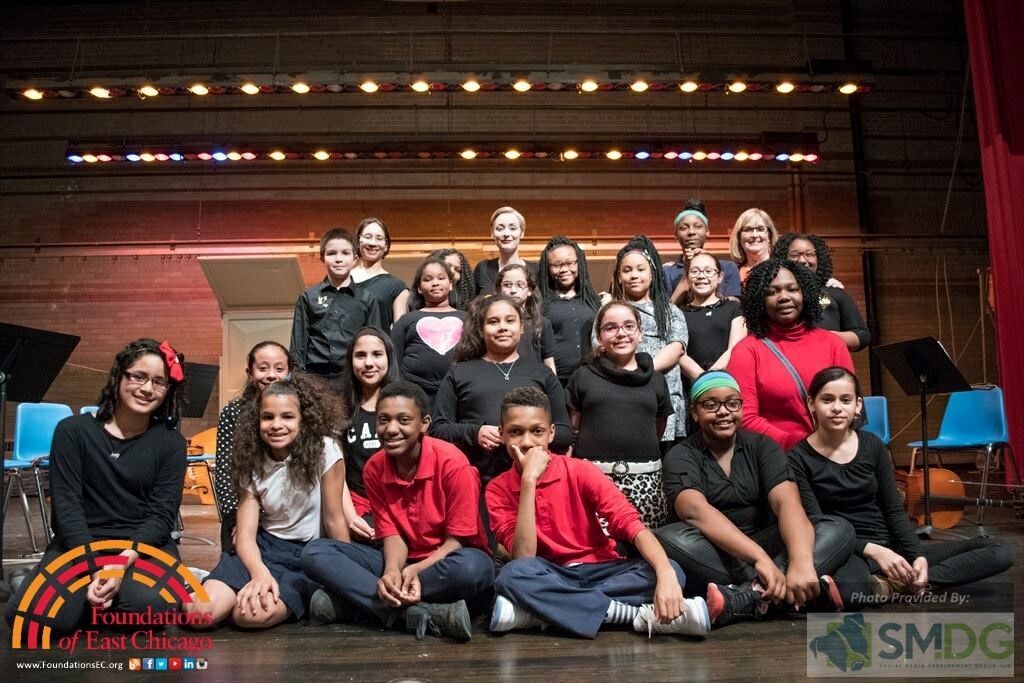