Over the past two years, Foundations of East Chicago and Ivy Tech have been working together to establish what is known as the American Honors Program at Ivy Tech. This program offers additional educational opportunities  and scholarships for advanced high school students as they head into college. Although the program is only in its second year, those who are a part of it say that American Honors has really taken off.

According to Elliot Thostesen, the strategic planner for Ivy Tech North Central and Northwest Region, the American Honors Program at Ivy Tech offers students assistance in ways that are similar to many of their high school honors programs.

AH students are placed in select, honors classes and become part of an AH learning cohort. This small group learning environment allows the students to help each other and also works to build a closer relationship between students and faculty.

Additionally, the students are given extra academic and financial advising during their time at Ivy Tech. Several AH students have said that this academic advising makes all the difference in the quality of education that they are receiving.

Students in the AH program attend Ivy Tech for two years on full scholarships. After these two years are completed, students who have maintained a certain level of academic excellence are awarded scholarships to finish up their Bachelor’s degrees at a four-year institution of their choosing.

According to Thostensen, the AH program awards students and average of $29,000 in financial aid over the course of four years. After attending Ivy Tech for the first two years of their degrees through AH, 85% of students get into the first college of their choice for the remaining two years.

Thostensen described AH as a “pathway to get students into the schools of their choice.” The scholarship, funded by FEC makes larger, more expensive schools attainable for local students who are willing to put in work in the classroom. 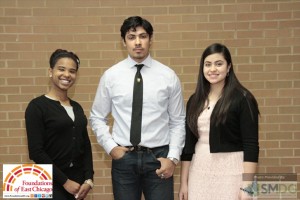