Keeping students in school is important if they are to get an education and become successful in college and the work force. In East Chicago, 50 high school students and 50-60 elementary and middle school students are truant from school each month, thus missing out on key learning hours. FEC and the East Chicago Police Department are working together to combat this issue and keep kids in school through the School Truancy Initiative.

The School Truancy Initiative was developed and is run by the ECPD with funding from FEC. The funding pays for two officers to work with students in the program each week at the students’ homes and schools.

In East Chicago, because the schools cannot afford such programs, students often are not confronted about their truancy until they have missed 7-10 classes. However, the program allows an ECPD officer to have meetings with the truant students and their parents after just five absences from school. This intervention could cut the number of school days that students miss in half.

Although truancy is an issue at every grade level, the ECPD specifically focuses on addressing the truancy at the elementary and middle school levels. The idea behind this technique is that, if students are confronted about their truancy at an early age, they will be less likely to miss school days once they get to high school. The ECPD believes that working with young students will improve truancy statistics for all grade levels in the long run.

Addressing truancy in the schools not only improves the students’ education by increasing the amount of time they spend in the classroom, but benefits the community as a whole as well. When students skip school, they are often involved in outside activities that have a negative effect on the community and can lead to trouble.

The ECPD’s School Truancy Initiative has kept students in school, improving their education, keeping them out of trouble and benefitting the entire city. The program promises more dedicated future students which means a brighter future for the city of East Chicago as well. 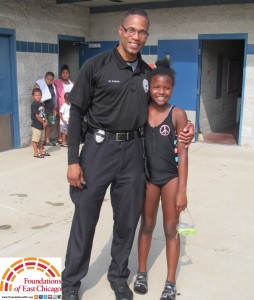