FEC Scholarship Recipient Plans to Give Back to the Community

FEC Scholarship Recipient Plans to Give Back to the Community

There are many students living in East Chicago with dreams of attending a certain college or having a specific career. However, many of these students also feel as though these dreams may be out of reach because of financial constraints. Deriyana Banks, an East Chicago resident and 2012 graduate of Hammond High School was one of these people.

“Attending a HBCU (historically black college/university) had always been my dream,” said Deriyana.

In order to live her dream, Deriyana applied for a Foundations of East Chicago (FEC) scholarship. Deriyana was granted an award of $2,500, renewable for up to four years of schooling at any post-secondary educational institution.

“My dream was made a reality once I was accepted to Tuskegee University. Receiving the FEC scholarship motivated me even more because I knew I wouldn’t have to be a burden on my parents with high college costs,” said Deriyana.

That motivation fueled Deriyana’s success. She received her Bachelor’s degree this past May and has already been accepted into a Master’s program at Indiana State University where she will pursue an advanced degree in human resource management. While working on her second degree, Deriyana plans to work for the government. Once she graduates, however, she would like to own her own business and help her community.

“College gave me the opportunity to grow and mature. It opened my eyes to be able see other parts of the world and made me want to help my community even more,” said Deriyana.

The idea behind the FEC scholarship program is to invest in students so they may follow their dreams and then invest back into the community in some way. Deriyana is a prime example of how FEC’s plan to help the youth of East Chicago can help the city as a whole.

For more information on the FEC scholarship program, visit foundationsec.org. 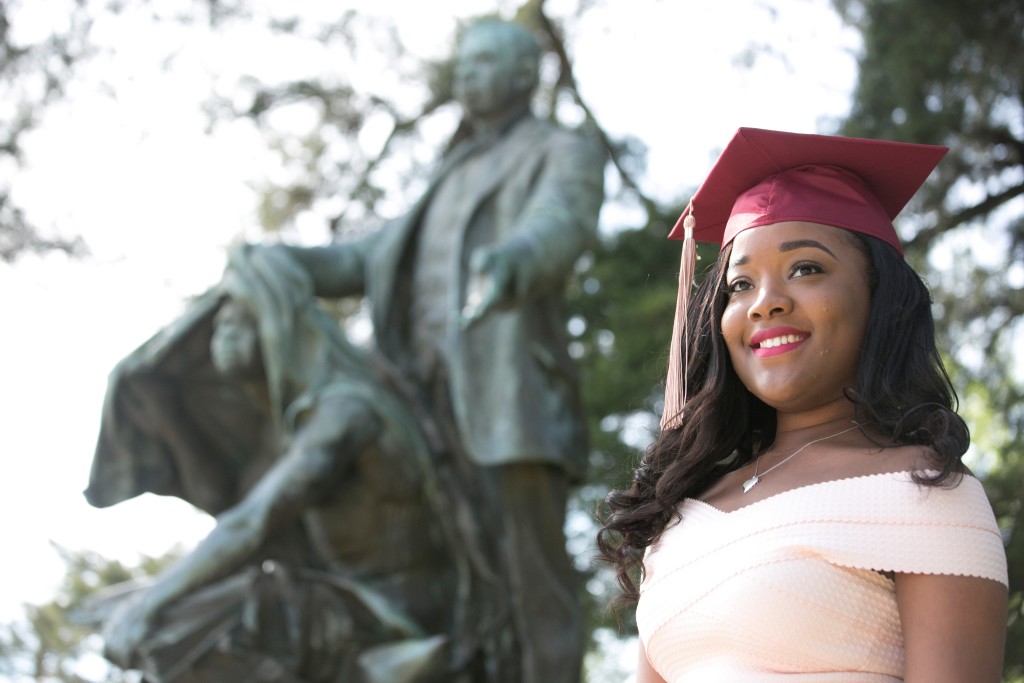