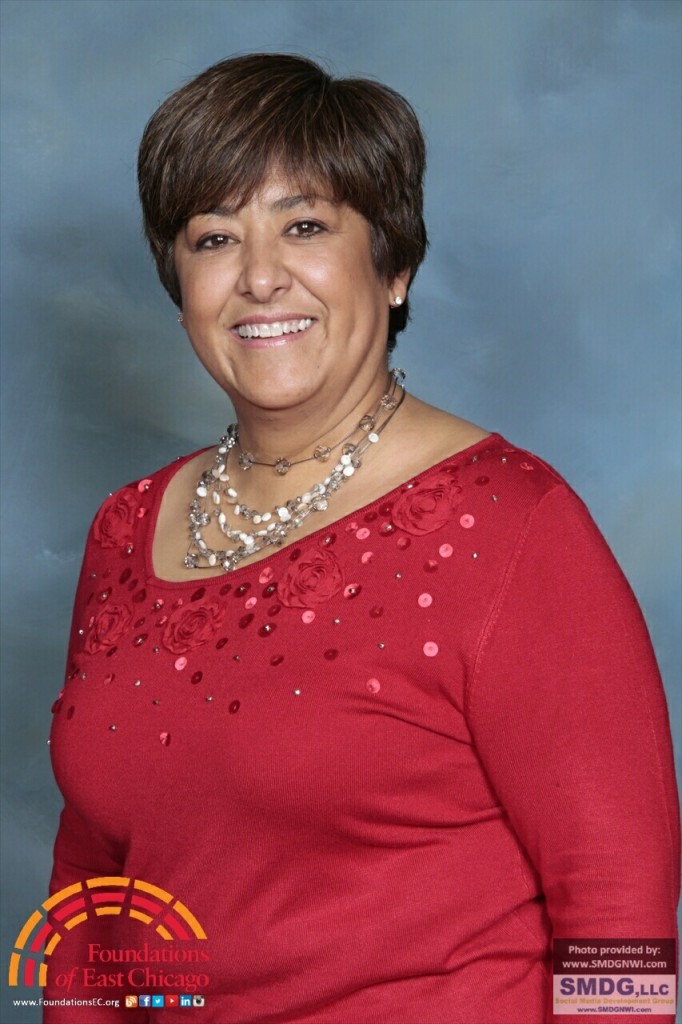 The Foundations of East Chicago (FEC) has filled the vacancy of the Executive Director position with Director of Office Administration, Rosa Peña.

FEC, a nonprofit organization which awards grants and scholarships to benefit the residents of East Chicago, IN, was founded in 1997. Russell Taylor served as the organization’s first Executive Director. At that time, Peña was his administrative assistant.

“I have had the pleasure of being a staff member of the Foundations of East Chicago since inception,” said Peña. “During the last 18 years I have participated in every aspect of the Foundations’ processes and policy development.”

Taylor retired from the Executive Director position December 31, 2014. Since then, George Weems has been filling the position in an interim capacity. FEC’s Board appointed Peña to take on the full-time director position at its December’s board meeting.

“To have been selected as FEC’s next Executive Director is truly an honor. I thank the Board of Directors and Transition Committee in believing in me and in my ability to lead.”

Being with the organization since it was organized, Peña has served in a variety of roles including Administrative Assistant to the Executive Director, Office Manager and Director of Office Administration. In this time, Peña has been a part of every scholarship and grant award distributed by FEC. All of these good works have inspired her to continue to do even more for the community in the future.

“It is my desire to work with the Board, Staff, Committee Members, and grantees to demonstrate that positive change is possible, whether it’s through awarding scholarships to further an education or funding programs that will lead to improving the quality of life of every East Chicago resident” said Peña.

In addition to her 18 years of work at FEC, Peña has been a resident of the city of East Chicago for 32 years, and has raised a family in the communities that she has been working to serve.

Peña received her Master of Science in Business Management from Indiana Wesleyan University and a Bachelor of Arts in Organizational Management from Calumet College of St. Joseph.

For more information on FEC and their services, visit foundationsec.org.