To kick off the 100 Year celebration of the original Katherine House, the new existing building will undergo major enhancements and renovations, due to be completed in 2019.

An anonymous donor is providing an upfront gift of $250,000 to the Club for the project, along with an incentive to earn an additional $250,000 with a $2 to $1 match if written pledges are received by November 30, 2018. Foundations of East Chicago (FEC) helped to meet this match by providing a $500,000 five-year grant.

With the donations from the anonymous donor and FEC, other organizations are also investing in the East Chicago Club’s enhancement and renovation. 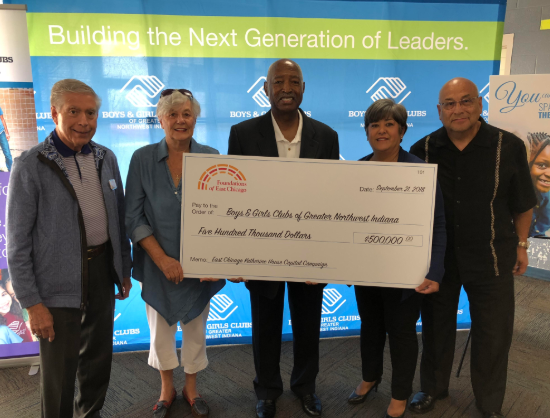