One of the basics of learning how to sing is the scale. Think of how Maria taught the Von Trapp children in “The Sound of Music” as she sang in the song “Do-re-me, let’s start at the very beginning.”

And that’s exactly how Leon Kendrick began his music lesson.

His foundation, Leon Kendrick Youth Voices United (LKYVU), provides children in East Chicago with lessons in visual and performing arts. Leon is a retired music teacher who has involved his whole family in helping children learn the arts. He focuses on teaching the fundamentals of music while helping them gain the courage to learn something new. He stood in front of two rows of children as they went over the musical scale, hand signs included. One by one, he called up kids to lead the rest in the scale. 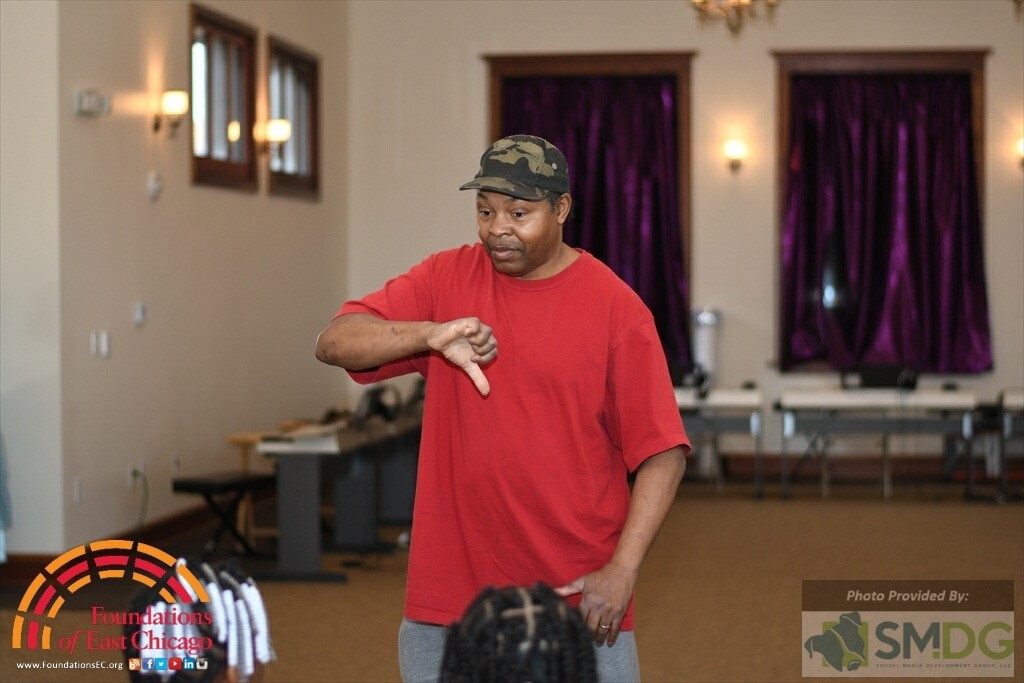 Leon’s daughter and LKYVU Project Manager, Serrita Davis, then called the children over by the piano. She led the choreography as her father played the piano. The song:

“Can teachers be a bully?

Mamas and daddies too,

Even though they don’t mean to,

Watch what you say and do.”

LKYVU teaches character development in a fun way, allowing kids to “express themselves through song and dance while relieving tension and energy,” Serrita said.

Leon got out the microphone to let one of the kids lead the song. Some kids shied away while others jumped at the chance to sing in a mic. The children’s voices were shaky in the beginning, but as the song went on they got stronger and more confident. Everything Leon and Serrita teach the kids is meant to instill self-confidence and discipline.

The end of the song is powerful and states exactly what LKYVU strives to teach:

“I have some good,

I have a future,

Good is this land.”

To learn more about LKYVU and other organizations that benefit East Chicago youth, visit www.FoundationsEC.org.